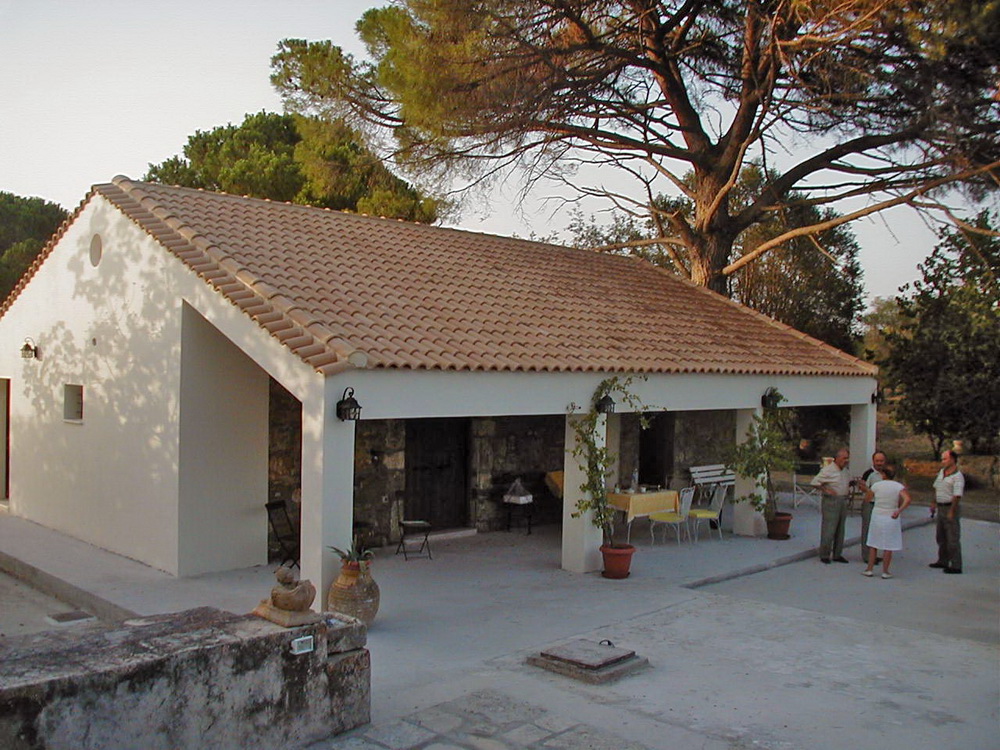 It is an old winery on Zakynthos island.

The owner wanted to renovate and restore it, preserving its shape, with its main features being its stone masonry and its wooden roof.

To this end, a reinforced concrete framework was added, fully attached to the load-bearing stone masonry, by means of anchor bolts.

The masonry was fully embedded in the reinforced concrete frame.

The new vertical structural elements were appropriately founded and at the same time, the existing foundations were strengthened and a new slab on ground was constructed.

The new roof load-bearing body was rebuilt from wood, exactly like the one before.

It was a very extensive reconstruction of the building, which was successfully completed, assuring the safety of the building against all the required loads and gave a very satisfactory result, both from static and architectural point of view.