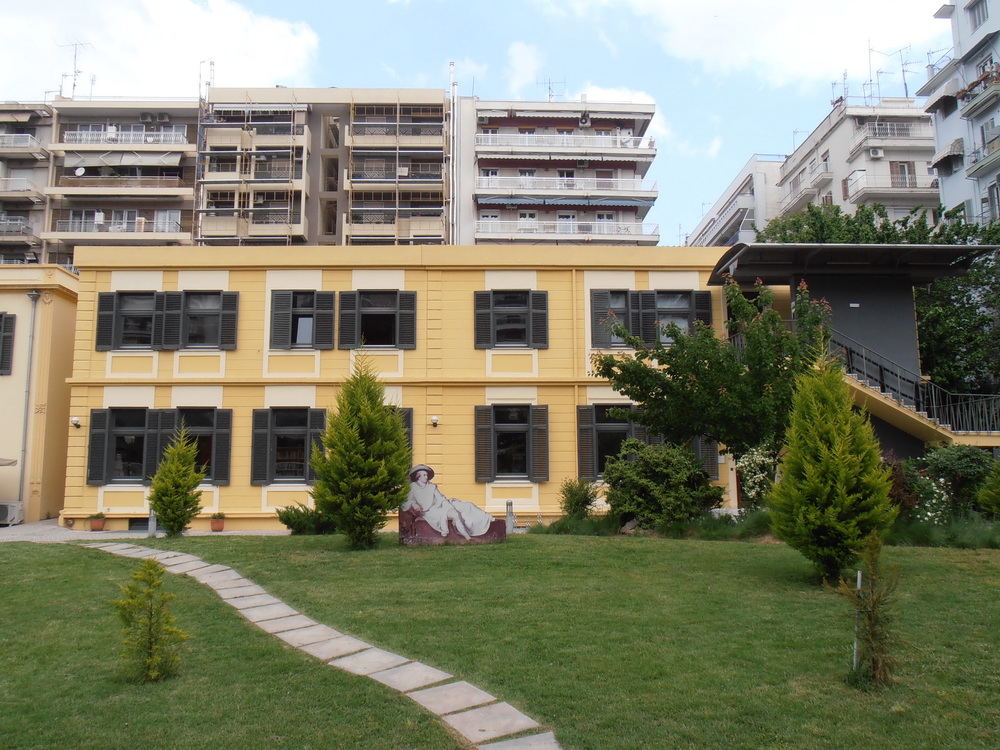 Works on the administrative and library building

In order to minimize the internal interventions, the administrative and library building was earthquake-proofed by an outer shotcrete shell. His statically separated parts of the building were connected by prestressed tie rods. The old part was stiffened on the upper floor with a new reinforced concrete composite ceiling, which rests on four additional internal steel columns. The reconstruction of the façade was used in addition to energetic upgrading.

In November 2015, the Goethe-Institute Thessaloniki celebrated its 60th anniversary in refurbished premises, which are now structurally, technically and creatively equipped for its growing role as the city’s internationally networked cultural pole.

In the course of an art project and in cooperation with the planner, a garden was created on the grounds of the Goethe-Institute in 2016, in addition to the interventions carried out