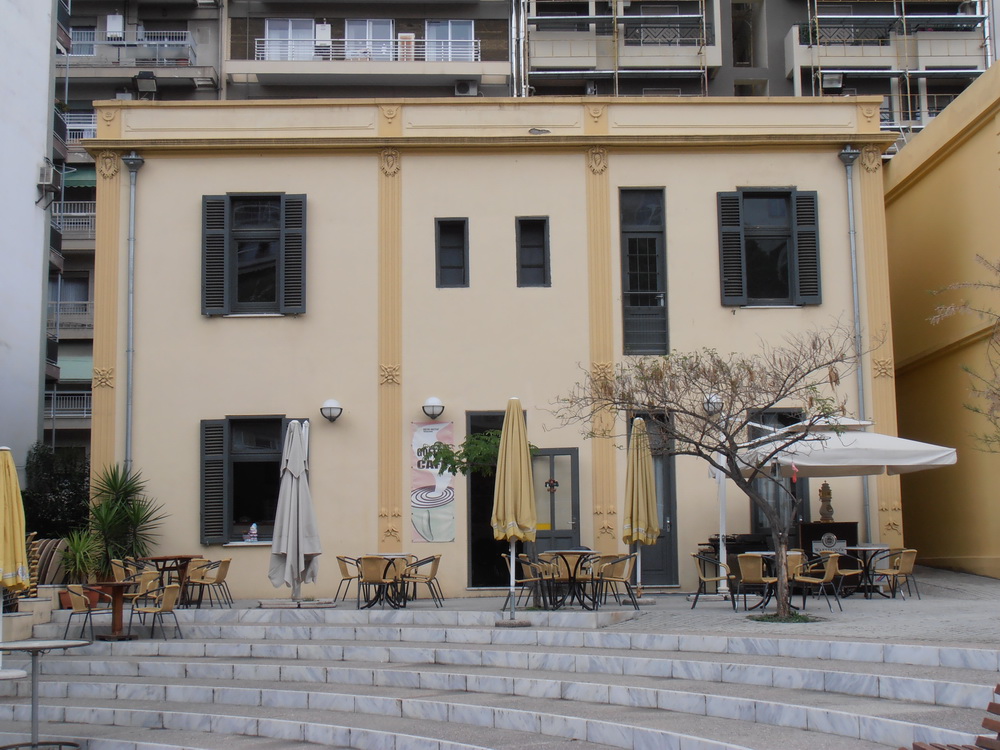 Retrofit of the listed building

First of all, the listed building with café and guest room was extensively gutted for seismic retrofitting and rebuilt with reuse of the existing building components, from the interior doors to the wooden staircase. Due to specifications of the monument protection, individual elements such as the roof and the windows were put into the supposed original state. For this reason, the designation of a large seminar room was approved on the ground floor. The seismic upgrading of the façade was carried out by an internal shotcrete jacket, while the ceilings were constructed as reinforced concrete composite structures.

In November 2015, the Goethe-Institute Thessaloniki celebrated its 60th anniversary in refurbished premises, which are now structurally, technically and creatively equipped for its growing role as the city’s internationally networked cultural pole.

In the course of an art project and in cooperation with the planner, a garden was created on the grounds of the Goethe-Institute in 2016, in addition to the interventions carried out