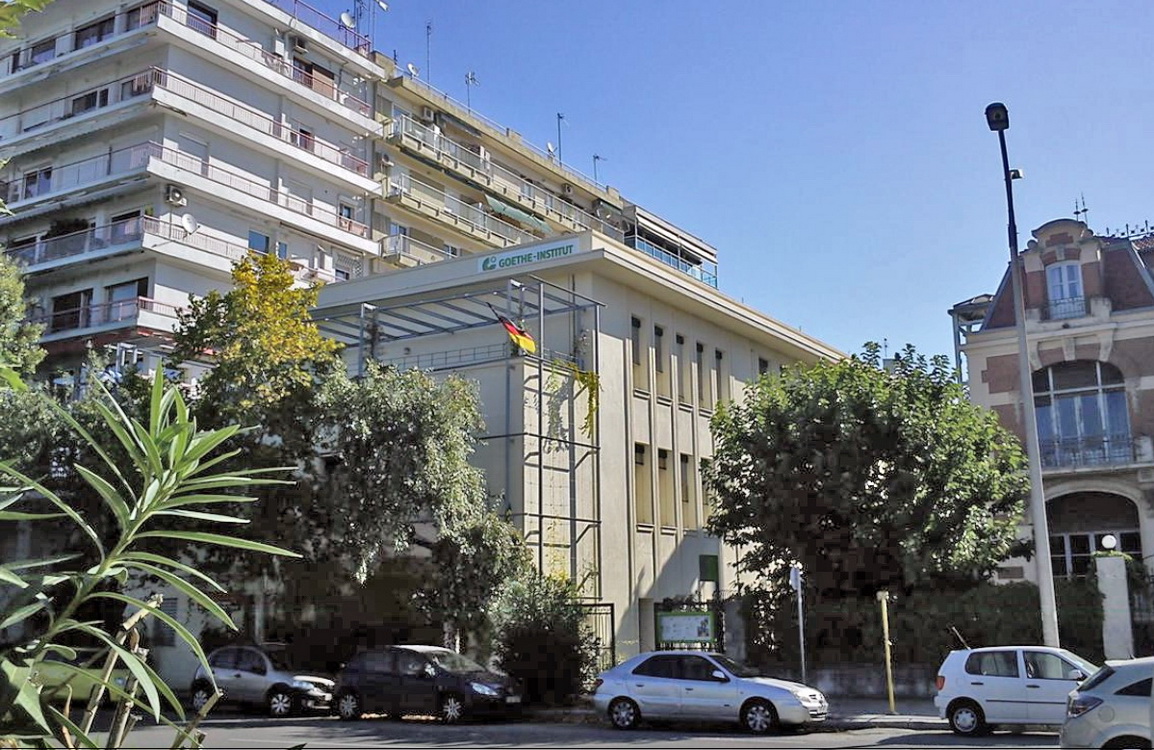 Renovation of the main building

In the main building, seismic retrofitting was also concentrated on the outer shotcrete shell, here as a composite structure with embedded steel trusses. In terms of stability in case of fire, the structure is supplemented on the inside by a new steel structure with 8 columns and beams. Far-reaching measures serve the fire protection with emphasis on the upgrading of the existing escape routes and the creation of new ones by additional external stairs and exits. In this building as well, the renovation of the façade was not only used for energetic upgrading but also for restoring the historical appearance. The green facade to the west with the roof terrace is a reference to the new coastal promenade of Thessaloniki.

On the ground floor, an inviting reception and consultation area has been created, whose luminous ceiling leads the visitor to the multi-purpose area and the event hall.

With limited resources, new spatial experiences were created through individual architectural elements such as lighting, exhibition system and color scheme. In all buildings, the technical equipment was supplemented or renewed. The main building, the library and listed building received new air conditioning. All classrooms have been equipped with cable channels for IT and electrical connections. On the ground floor of the main building, the technical equipment of the new foyer, the exhibition and multipurpose area and the event hall have been upgraded.

In November 2015, the Goethe-Institute Thessaloniki celebrated its 60th anniversary in refurbished premises, which are now structurally, technically and creatively equipped for its growing role as the city’s internationally networked cultural pole.
In the course of an art project and in cooperation with the planner, a garden was created on the grounds of the Goethe-Institute in 2016, in addition to the interventions carried out