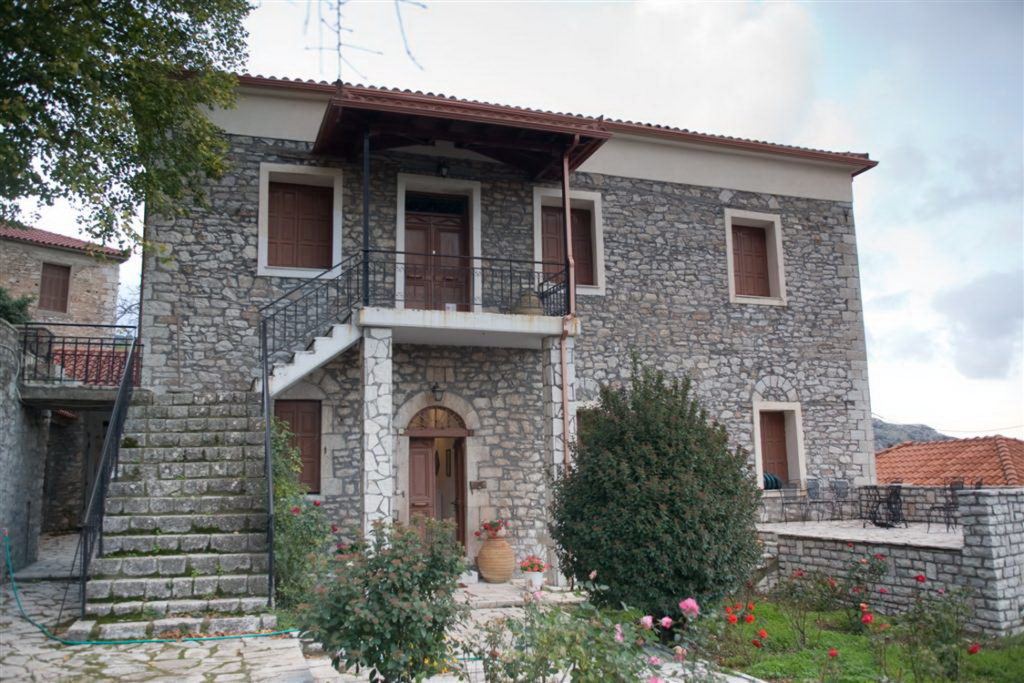 Andritsaina is located on the border of the prefectures of Ilia and Arcadia, in the Peloponnese, near the famous temple of Epicurean Apollo, a work of Phidias, who designed it after the Parthenon.

The Folklore Museum is housed in a traditional building, bequest of Galini Kanellopoulou in the city’s municipality.

The building was renovated in 1987 at her own expense.

The building was built in the early 19th century from stone masonry, was in excellent condition and served as a family home.

It consisted of a basement – boxed to the ground on both sides – a ground floor and a floor.

The basement, which served as a storage room, had two stone vaults, extending throughout the depth of the building.

The basement vaults had begun to get disorganized, mainly on their coronation, due to “differential settlements”.

A strengthening with reinforced shotcrete was required, as well as the strengthening of the foundations, in order to remove the causes of the ground “settlements”.

For the same reason, it was decided to finally settle the groundwater under the house, which originated from Mount Lycaion, then passed under the building and flowed at the famous “Trani Vrisi” of Andritsaina.

The ground floor showed no damage, despite the seismic prone location.

The first floor was also strengthened from the inside, with shotcrete and in addition a peripheral reinforced concrete “frieze” was built at the top of the building, where the visible – from the interior – wooden roof was securely supported.

The building is in excellent condition today, operates as a museum and hosts all the folklore exhibits in the area.