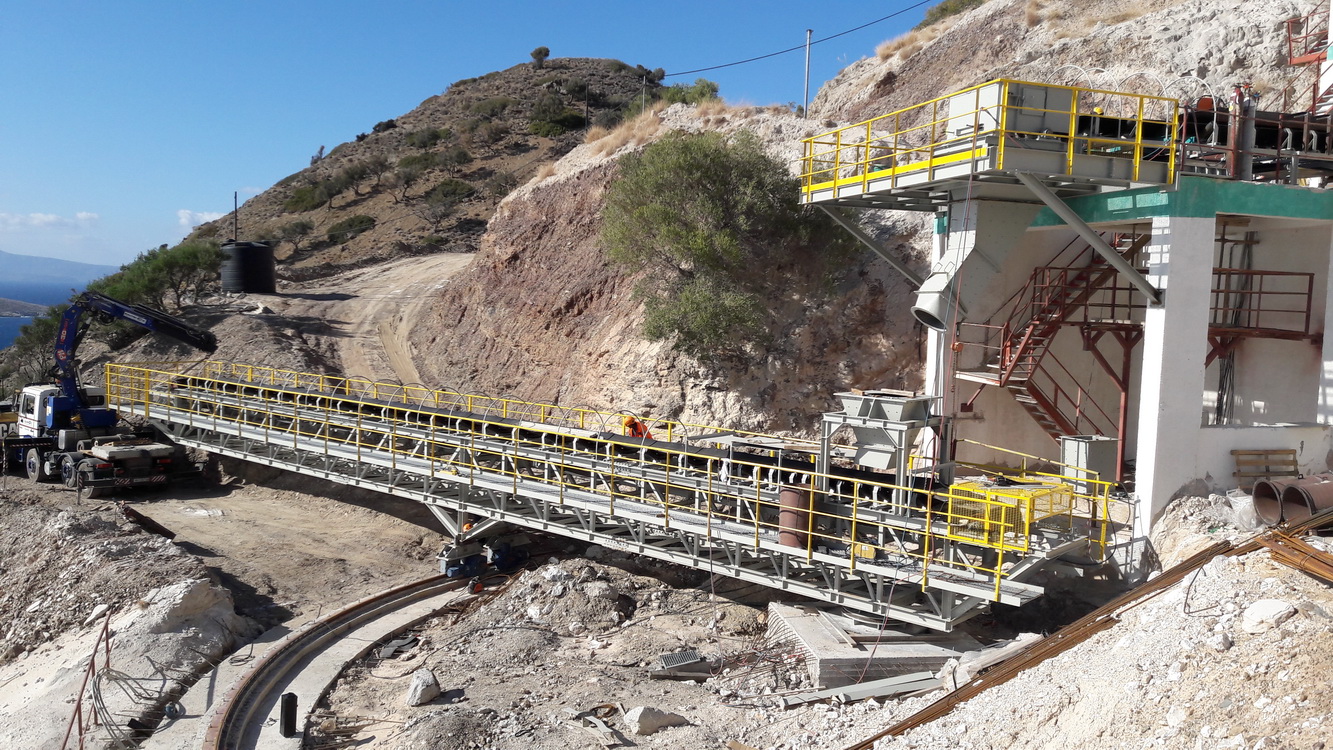 It is a gypsum transfer crane at the Lafarge gypsum quarry at Altsi, Crete.

The material is loaded by means of loaders onto vessels through a series of belt conveyors and chutes that lead to the private port facilities.

The existing crane has a suspended, truss-shaped cantilever, resting on a movable pillar of form A. The cantilever rotates around the vertical axis of the pylon to distribute the material to a greater extent. The cantilever is suspended by a cable from the top of the pylon, which is anchored back to the point of support and rotation.

The aim is to design and build a new crane that does not show the operational problems of the existing one. Specifically, the rotation path should be accessible to be cleaned from the gypsum and be well grounded. The crane bridge, which carries the conveyor belt, must be stiffer and more durable to avoid vibrations and malfunctions, and to have a cover for the material.

It should also be longer in order to make better use of the material storage area.

The solution that has been implemented fulfills all of the previous objectives and has proved to be particularly simple and economical. 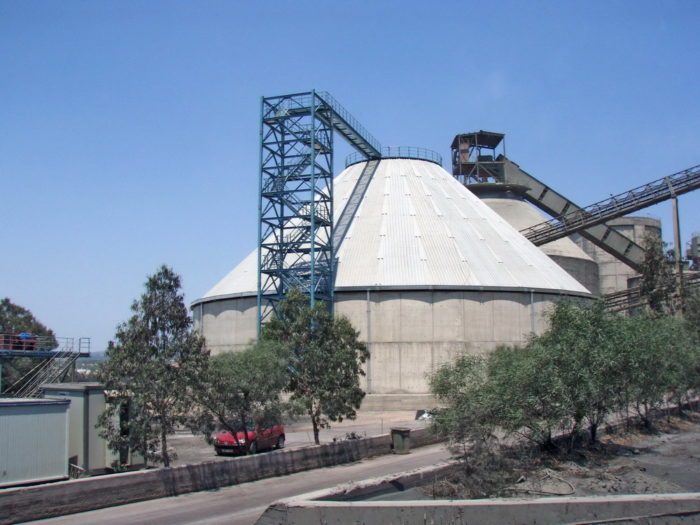 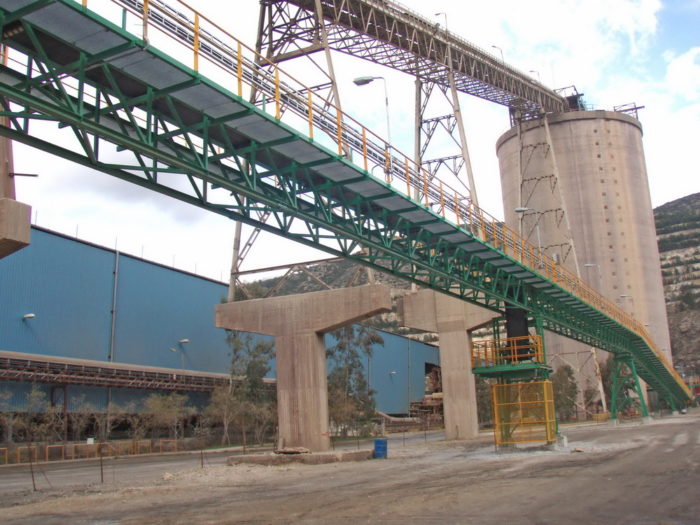 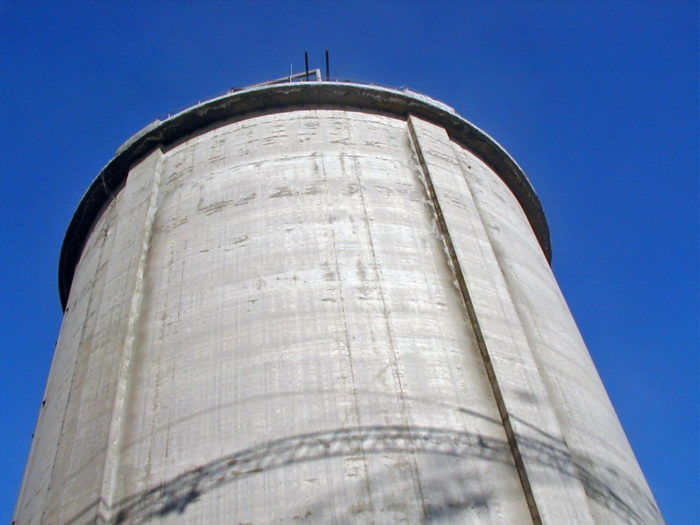 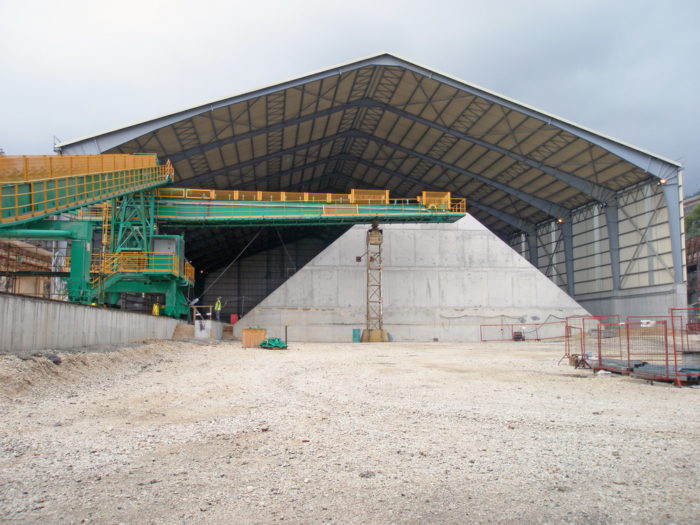 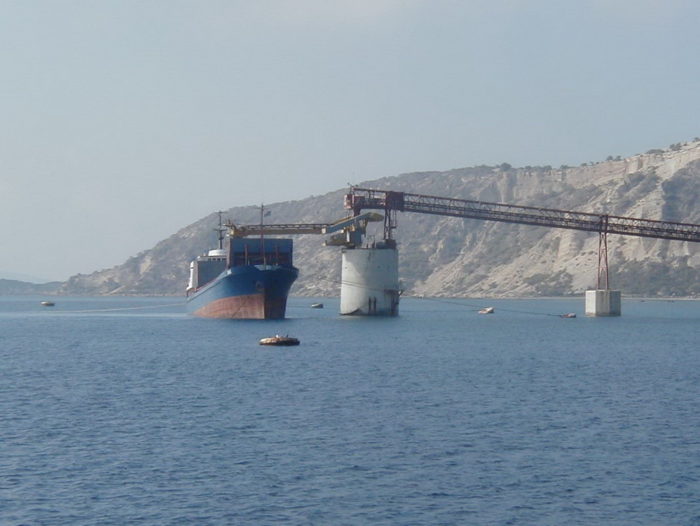 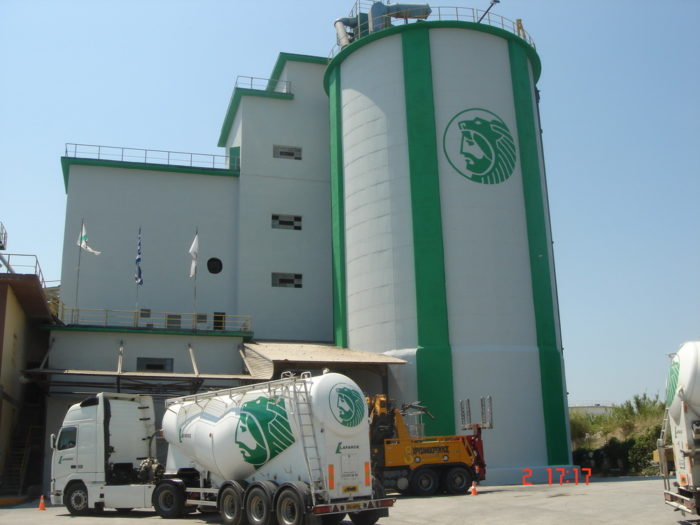