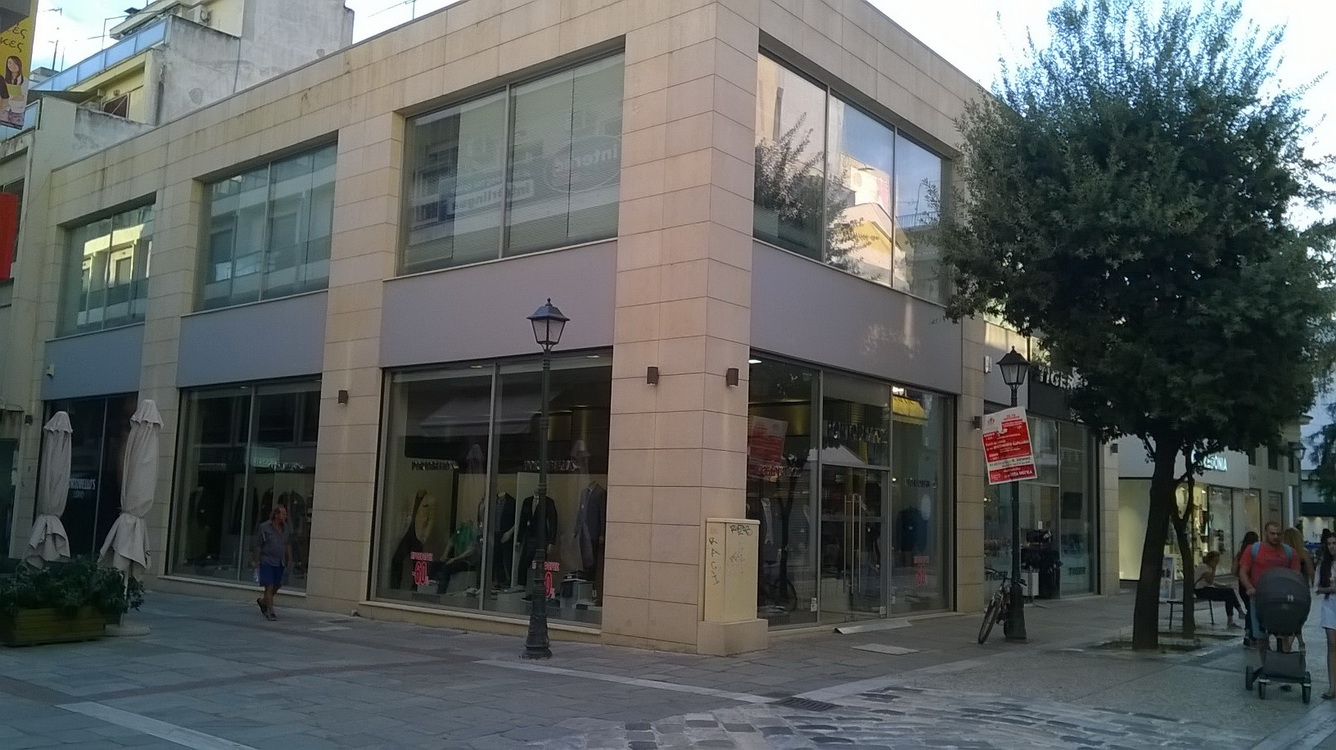 The building consists of two parts. The aim was to renovate and rebuild it in order to host commercial stores. What’s special about this building is its method of intervention, which in fact involves the maintenance of its perimeter columns. The new building has larger columns that incorporate the existing ones. The chosen method of intervention includes initially the construction of the foundations of the new building, as well as the construction of the second floor roof slab and columns.

In a second step, the method of intervention comprises the stepwise internal construction of the beams and slabs of the intermediate storeys, while simultaneously removing the existing slabs and inner columns.

In the center of the building a new “H” reinforced concrete core was built to provide resistance and stiffness against earthquake.

The building did not have other concrete cores, to serve as earthquake resistant elements, given that the lifts were architecturally desirable to be transparent, made of glass, in a lightweight metal frame.

The slabs were constructed without internal beams, which allowed for the easy passage of the E / M installations.

The method proved to be fast, economical and safe.