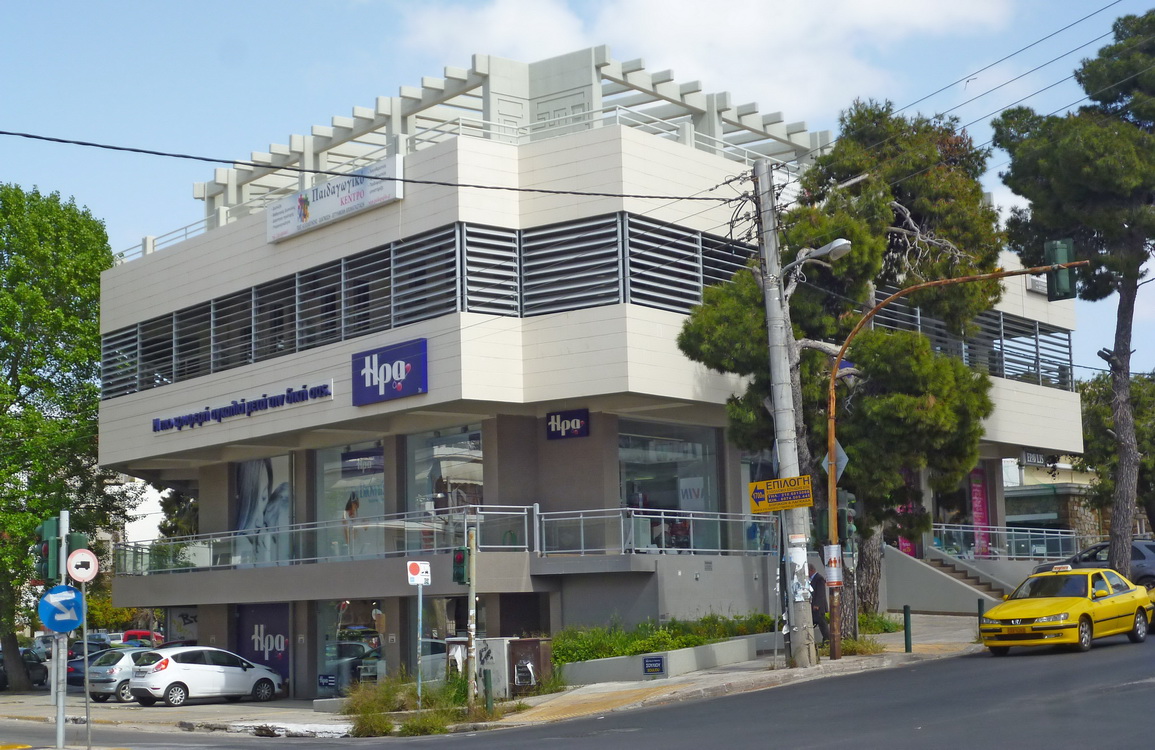 The building had to be rehabilitated and strengthened.

In this context, the internal architectural redesign, the retrofitting of the facades and reconstruction of new E/M installations, were necessary in order to render the building ready to re-operate as shops’ and offices’ establishment.

The original building’s load-bearing structure featured reinforced concrete shear walls and cores, so the aim of the statics design was to restore the strength of the load-bearing body, which had been severely diminished.

Detailed research and concrete sampling from the entire building and mainly from the traumatized elements structural – both vertical and horizontal – was carried out in order to ascertain, as accurately as possible, the decrease in the strength of the concrete.

As soon as we determined the remaining strength of each structural element we were able to decide the necessary shotcrete “jacket” thickness at each building area, in order to restore the overall rigidity and strength.

The strengthening design applied shotcrete “jackets”, chemical anchors and steel rods as connection means to a large extent, as well as structural steel profiles in column confinement, in beam and slab holes’ strengthening, and in other details.

Of particular importance and aesthetics upgrading, was the modernization of the building’s facades – with double glazing and the creation semi-open spaces with shading blinds – which led to its improved bioclimatic performance.

The new architectural design provided for seven offices and seven shops, with the possibility of interconnecting them to form two-storey stores.