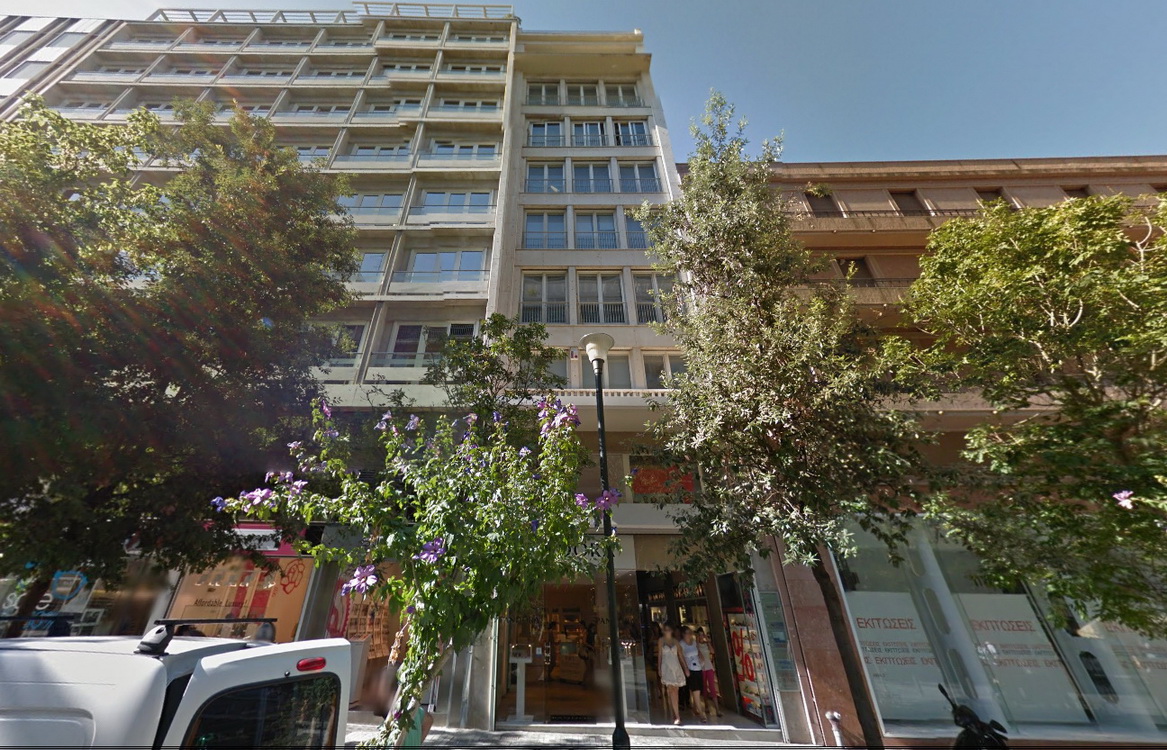 Office building made of reinforced concrete, built in the 1960’s, in the center of Athens, on Ermou Street. It consists of two underground levels, ground floor with loft (mezzanine), 7 overlaying floors and a roof. The facade of the building, which is on the commercial street is very narrow and its plan view has an elongated shape.

During the excavations of the underground subway in Athens, the building has suffered differential “settlements” and as a result many horizontal structural elements “cracked”.

These cracks result in reduced stiffness against earthquake horizontal stresses. Cubus proposed the strengthening of the single reinforced concrete core, which is located inside the building, following the restoration of the rest of damages.

The core hosts the staircase and the elevator shaft and features a shape “U”. To the “U” core, a 25cm thick, reinforced concrete inner shell – fully attached to the existing structural element – would be added – from a composite steel and reinforced concrete construction.

The intervention would be carried out successively, from floor to floor, with the building in operation.

The project has not yet been implemented.