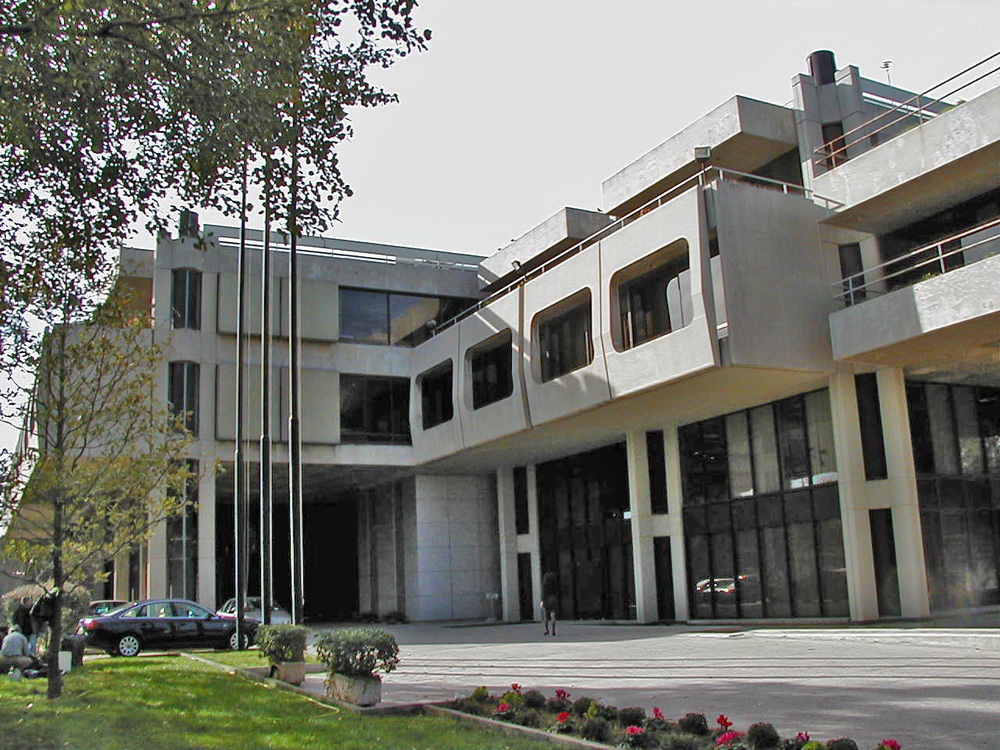 Existing office building complex of the Heracles Cement Industry – later member of the Lafarge Group – in Lykovrisi Attica, made of reinforced concrete. The building was designed by the architect A. Tombazis and constructed in 1968, and became a reference point for – the then – modern architecture.

The complex consists of three separate buildings, each one with basement, ground floor and 3 floors, separated by expansion joints.

During the 1999 Athens earthquake, many failures occurred in the reinforced concrete columns, which were arranged in crosses of four columns each.

Also, the connecting beams between the columns, which acted as short coupling beams, suffered shear failure at the height of the floor-slab diaphragms.

Fortunately, the collapse was avoided due to the short duration of the earthquake.

Cubus was assigned, by the cement industry, to conduct a detailed building vulnerability study on the Athens design earthquake – which is of greatly larger than the 1999 earthquake in Athens – and to assess the individual and group human life risk, as well as the financial risk of property loss.

The conclusions of the studies were that significant strengthening of the buildings was required to achieve the goals of life safety in a design earthquake and of damage avoidance and immediate re-occupancy in an occasional earthquake.

At that time the new Interventions’ Regulation Standards in Greece had not yet been promulgated, so the study was based on the American Standards.

Extensive restoration and strengthening works were carried out on the buildings, while they were fully operational, with only one being evacuated, which had suffered serious failures in its columns.

An additional goal was to avoid altering the architectural character of the building, its facades, as well as the large spans inside it.

The then owner company “Blue Circle” used consultants from the United Kingdom to evaluate the strengthening’s design proposal submitted by Cubus, which was eventually approved and implemented.

The rehabilitation and strengthening method provided for the addition of new cores to each of the three buildings, as well as strengthening of the existing ones.

These cores were mounted on new reinforced concrete foundations, which were connected to the neighboring ones.

The connection of the new cores to the existing load-bearing structures of the buildings was as if they were built originally in a monolithic way.

The space within the new cores has been put to use for new escape staircases and meeting rooms.

The result was completely safe and functional and did not alter the aesthetics of the buildings.