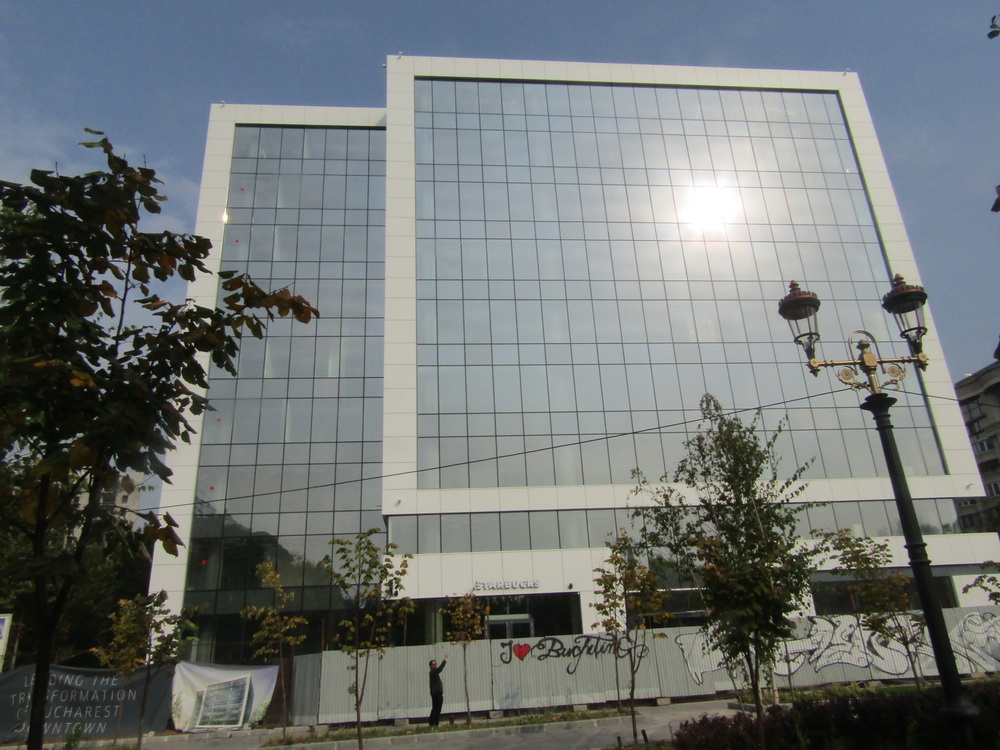 It consists of 4 underground levels, the ground floor and 8 more storeys. Built in a short period of two years, it is used as an office building and its underground floors as parking spaces. The building has a central core, which hosts the staircases, the lifts and the vertical, E/M installations shafts. It also has peripheral columns and slabs without beams, with polygonal contour, allowing the creation of open space offices. The interior of the building features “industrial” style architecture, with visible E/M roof installations, while the exterior features modern, minimal architecture with glazing and Alucobond lining.

What is particularly interesting about this building is how it was constructed. The top-down construction method was applied, as the groundwater level was relatively high – at about -6.00m – while the building had to be founded at -18.00m. The excavation took place with extreme care, to avoid damaging the neighboring structures and the surrounding streets due to settling.

After the insertion of the 34.00m deep, steel piles around the perimeter, the reinforced concrete “slurry” wall construction followed, which is 60-80cm thick, and then the sequential excavation and concreting of peripheral, ring-shaped sectors of the basement slabs, that left an octagonal aperture in the middle area. These basement slabs sectors also served as a support of the “slurry” wall diaphragm. The above described structure was completely rigid. No deformation, no damage was observed due to settling, but also at the deeper levels no significant water penetration from the “slurry” walls.

Once the foundation was laid, the building was built from bottom to top. First the basements were completed and then the superstructure. The piles are the peripheral columns of the entire building.

As the building is situated on an earthquake-prone area, it had to be secured against earthquake. In terms of the earthquake resistance design innovative ideas took shape, such us the application of steel profiles into the reinforced concrete, which strengthened the heavily strained cross sections (e.g. at the joints coupling of the cores, at the supports of the slabs on the columns to avoid punching, inside and along the height of the concrete columns of the first four storeys to eliminate the possibility of shear failure and excess plastic rotation).

All the above contributed to an economic and safe structure, without waste of time and without particular complexities throughout the construction.