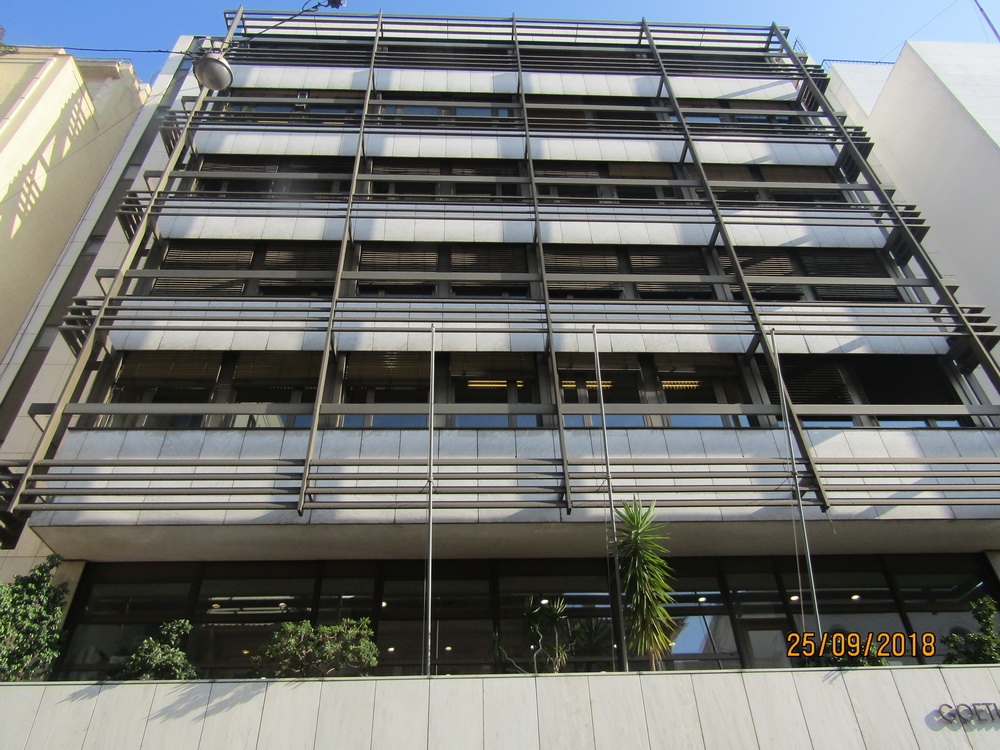 Building in the center of Athens, consisting of two basement floors, seven floors and an attic. It is renovated architecturally and electromechanically and upgraded against earthquakes and fire. It was built in 1982 from reinforced concrete and serves as the seat of the Goethe-Institute Athens. The aim is to carry out the interventions in the shortest possible time and with absolute certainty, so as not to interrupt the operation of the institute.

It consists of two sections which are separated by an expansion joint. The two-basement and 7-storey high-rise, which mainly comprises classrooms and administrative and lecturer offices, and the low-rise building, with two basement floors and a ground floor, where venues are located.

The support structure in the high-rise has a peculiarity of its vertical elements, namely the position and the number of columns on the ceiling of the first floor and on the ceiling of the sixth floor change greatly. There are strong load-bearing grillages there. The slabs in the second to seventh floor are without beams and are supported directly on the columns. The tower has two symmetrically positioned cores in full height with elevators, staircases and other adjoining rooms. The low building has large spans of the order of 20 meters made of post tensioned concrete.